What is Norge på langs? 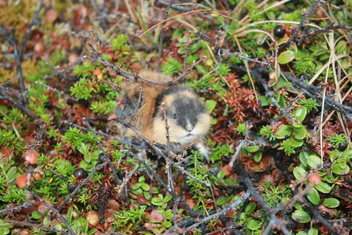 Norge på Langs means Norway lengthwise- not a marked way but the idea to walk norway from south to north, or from north to south, eather in summer or winter. The distance between Lindesnes and the North Cape is (depending in how you walk) somewhere between 2500 and 3000 km long. Because it is not a marked trail, but a global idea, everyone has to figure out their own route, as even stard and end points could be different. Most people (and how we will walk aswell) walk or ski from Lindesness to the Nordkapp, although the Nordkinn is also a common used endpoint and a tiny little bit further north then the North Cape.

How strict you want to take the Norway lengthwise is up to the people walking it. Some make sure they only walk in Norway- but since Norway is only a few kilometers wide up north and we tried to walk as little on asphalt roads as possible, it is easier to cut a bit through Sweden and Finland too. And on top of that, it is nice to see the difference between tourist huts in other countries (and be very glad to have the Norweigian ones back agian :), and to meet the many lemming in the Finnish lemming tundra.

And what is Snorge på langs, I hear you thinking...?

Well, in dutch Snor means moustache... And as it is no strict route- Melissa has decided it also doesn't have to be named always the same.. and thus Snorge på langs came to life.. :{)
Comming across all the beardmoss haning in the birchtrees in Norway gave Melissa plenty a possibility for a real Moustache on the way. Since Jakob stopped shaving it's only fair...